Vybz Kartel staying in jail for another 30 days 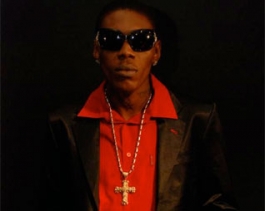 DETAINED danchehall act Vybz Kartel will have to spend another 30 days behind bars after the authorities extended his five-day detention order.

The entertainer was yesterday served papers informing of his further detention, his lawyer, Christian Tavares- Finson told the Observer this morning.

Tavares-Finson however said that the legal team would be seeking the entertainer’s release at the Emergency Powers Review Tribunal set up in the wake of the calling on May 23 of a State of Public Emergency to combat criminals loyal to accused drug lord and former Tivoli Gardens strongman Christopher ‘Dudus’ Coke.

“We will be going to the tribunal to get him released,” Tavares-Finson said.

Kartel was detained last week Friday and underwent intense questioning after turning himself to the Greater Portmore Police Station, some three days after the police named him and five other men as major persons of interest.

The artiste, whose given name is Adijah Palmer, was questioned in relation to criminal gangs in Portmore, St Catherine.

Due to the extension of his detention, the artiste will now miss several bookings, both local and overseas, including the annual summer show Reggae Sumfest in a few weeks time.

When Kartel turned in himself last week, his detention was extended from 24 hours to five days.