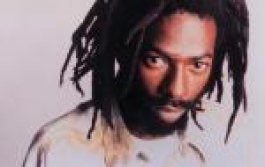 News of yesterday hung jury in the Buju Banton drug trial has been met with relief among the local entertainment fraternity, while the artiste at the centre of the trial is said to be upbeat following yesterday’s developments.

Vice president of Buju’s Gargamel Music, Tracii McGregor, noted that the deejay is optimistic in light of yesterday’s decision by the presiding judge to set a new trial date in light of the inability of the jury to arrive at a unanimous decision.

“This has been a long journey. We were hoping for a resolution, but that was not to be. We have no choice but to remain patient, keep our prayers up and maintain faith that eventually Buju will be free,” McGregor told the Observer.

She continued, “there are positives and negatives to the situation. On the positive side, the jury was split and did not find Buju guilty. On the negative side, the artiste will have to wait for months in jail before we are back in court to retry the case. However, our attorneys are filing a motion for bond and hopefully that will come to pass,” Buju’s publicist disclosed.

As for Buju’s new album Before The Dawn which will be released today. McGregor notes that like all of his previous albums, this project is highly anticipated.

Meanwhile, to local entertainment industry is expressing a level of relief in light of the hung jury.

Lecturer at the University of the West Indies, Dr Donna Hope Marquis, noted that she is not surprised at the hung jury. “Based on what happened last week Thursday and Friday, I expected that we would have a hung jury. Obviously the jurors couldn’t come to a unanimous verdict. It is a very precarious spot for Buju Banton to be in right now. I just hope that at the end of it, it augurs well for Buju.”

Hope Marquis did have one question, “What happens to Buju Banton while he waits until December? Will he be languishing in the Florida jail under those charges or will he be granted bail and face the deportation charge?,” she questioned.

Buju’s former manager for many years, Donovan Germain of Penthouse Recording, was succinct in his reaction to the news out of Tampa Florida. ” It is better to hear a hung jury than a guilty verdict. At least he has another opportunity to fight again.”

Radio personality Richard ‘Richie B’ Burgess notes that he is encouraged by the hung jury as, according to him, it shows that 50 per cent of the jurors are in fact agreed that Buju Banton is not guilty. He hopes that the new jurors that will be selected will also see the case that way. Richie B had words for Buju, “Be strong and just meditate on the words of your song Not An Easy Road, from which you will be able to draw additional strength. I’m here boring holes in your rich catalogue of great songs so jus hurry up and come.”

Recording artiste and Rising Stars judge Nadine Sutherland was also encouraged by the reports from the Florida courthouse. “I am praying earnestly for Buju. He is someone I’ve known for years, and all who know him, knows he’s capable of being a master thespian. His testimony is believable to me. Buju has always been a character.

I guess if you have that level of doubt in making a verdict, its a good sign. It boils down to ‘reasonable doubt’ at this time,” she stated.

Fellow artiste George Nooks, was also optimistic, “I am hoping and praying that things turn out all right for Buju. He said it well in one of his songs “it is not an easy road.” Hang in there Buju and keep the faith.”

Meanwhile, female deejay Lady G, was emphatic as she expressed her optimism. “I am looking forward to something positive to come out of this delay. Buju should just continue to pray, cause prayer beat everything.”

And the relief was not only felt in Jamaica. Bobby Clarke of The Irie Jam Media Group in New York called the indecision a speed bump. “This hung jury simply means that there is a light at the end of the tunnel. This is a speed bump to the not guilty verdict,” he surmised.