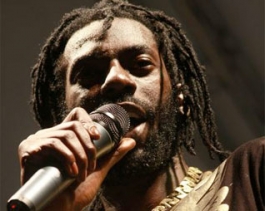 A request from reggae superstar Buju Banton to be tried separately from his two co-accused has been rejected by a court in the United States (US).

Buju, whose correct name is Mark Myrie, had applied to the US District Court in the Middle District of Florida, Tampa Division, to have his trial separated from Ian Thomas and James ‘Spencer Clarke’ Mack on the basis that this could be the reason the trial was being delayed.

But in an oral ruling, the court denied the request while siding with the prosecution, which had argued that the general rule was that defendants who are jointly indicted should be tried together, particularly in conspiracy cases.

“It would impair both the efficiency and the fairness of the criminal justice system to require, in all these cases of joint crimes where incriminating statements exist, that prosecutors bring separate proceedings, presenting the same evidence again and again, requiring victims and witnesses to repeat the inconvenience (and sometimes trauma) of testifying,” the prosecution claimed.

“(This) would randomly favour the last-tried defendants who have the advantage of knowing the prosecution’s case beforehand,” argued the prosecution successfully.

The trial is now set to begin in early September with the start date to be set at a status conference on August 4.

Buju and his two co-accused were arrested late last year and charged with conspiracy with intent to distribute five kilograms or more of cocaine and possession of a firearm in furtherance of a drug-trafficking crime.

The three have been in custody since then awaiting trial.