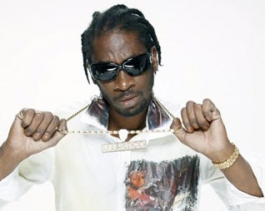 Dancehall artist Bounty Killer is to go on trial on October 20 on firearm and wounding charges.

Bounty Killer whose real name is Rodney Pryce is to stand trial in the Gun Court.

The date was set yesterday when Bounty Killer appeared in court.

The men were charged last year in connection with a September 2007 incident.

It is alleged that on September 27, an off-duty policeman was leaving a club on St Lucia Avenue in New Kingston sometime before 5 a.m. when he noticed some cars blocking a section of the road.

Several men including Bounty Killer and the now deceased dancer David Smith, popularly called ICE, were allegedly at the scene.

The policeman is said to have tried to get the men to move the vehicles but was reportedly assaulted and fired at.